Johnny Lightning Speed Racer 1997 The cars pictured below are from the red card sets. The only difference in the sets were the interior colors, orange and red. 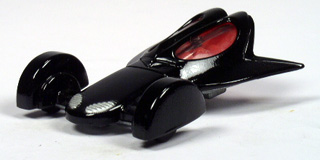 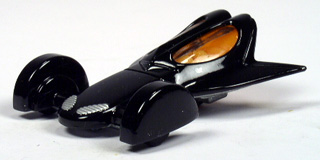 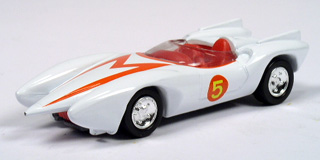 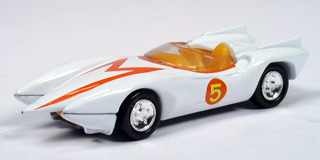 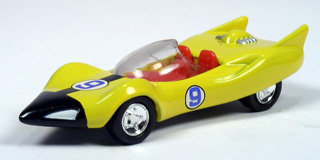 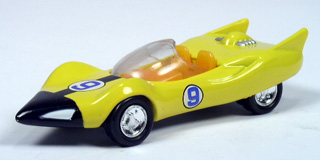 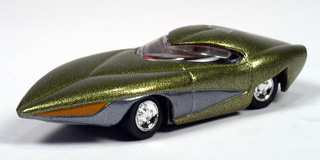 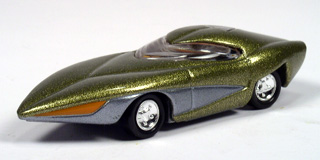 The gold cars, pictured below, also came with two interior colors, red and gray. Both sets had "Real Wheels" on DU-2 rims and SPEED RACER lettering on tires except the Assassin, which had gray-white wheels. The gold card Mach 5 was also released with accessories (saw blades and auto jacks). The accessories did not match the interior colors. 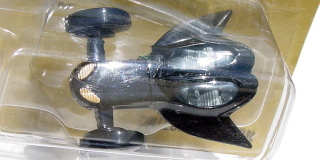 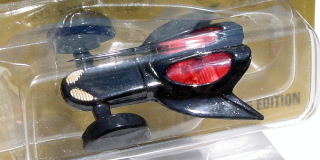 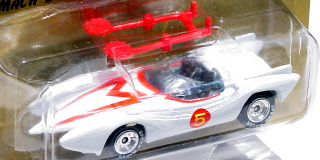 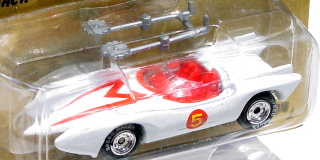 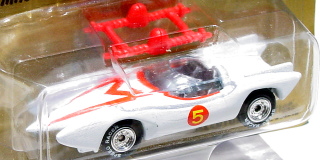 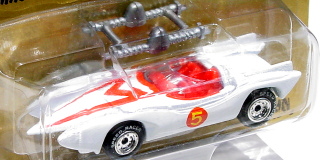 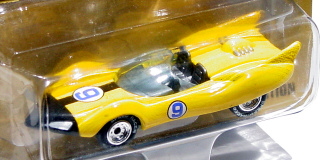 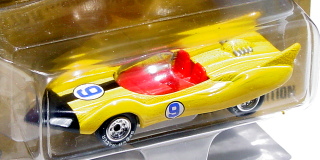 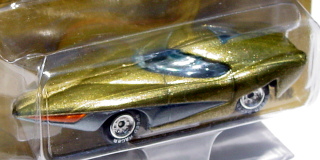 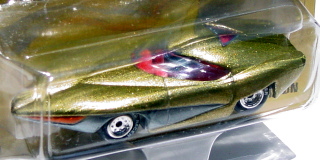 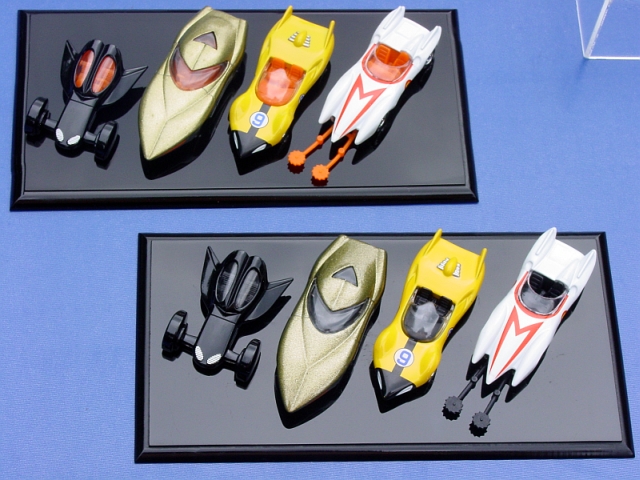 The Speed Racer below was released as an ERTL Collectible in 2008 but is actually a Johnny Lightning casting.

Special thanks goes out to wwwmwww for the information on the Speed Racer variations!